For Those That Don’t Know: Who are They? What happened? And how did they achieve one of the biggest beauty e-commerce launches in history?

If you spend any amount of time watching YouTube or following the makeup industry, you will know about the collaboration everyone’s talking about, ShanexJeffree.

Shane Dawson has a YouTube following of 23+ million subscribers and has grown in internet fame for an evolving collection of videos, from song reviews, to life hacks, food challenges, a documentary-style conspiracy theory video series and a couple of series about fellow YouTubers. His humour, relatability and vulnerability in talking about personal issues such as anxiety has made Shane a hit with a young audience that has grown with him often dubbed him the “Oprah” of YouTube following a string of “collabs”, interviewing controversial YouTube characters about their lives and sensitive issues, enter Jeffree Star. 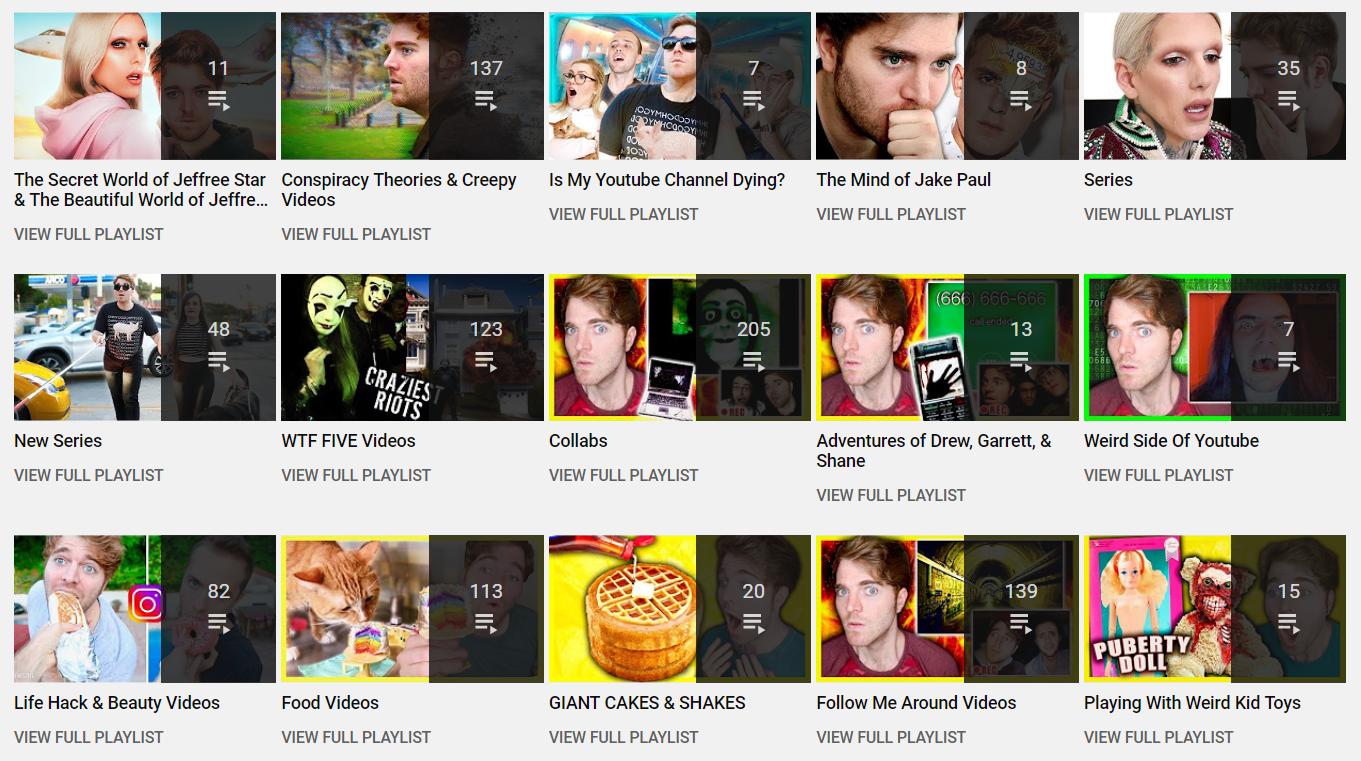 Jeffree Star gathered fame in the MySpace era, where his MySpace profile was always in top rankings and Jeffree used the platform to further his career as a singer, songwriter and makeup artist. He started a YouTube channel in 2014 and soon abandoned his music career for his makeup brand Jeffree Star Cosmetics. He has since become a multi-millionaire and invested in multiple businesses, property and an entire shipment and fulfilment centre. 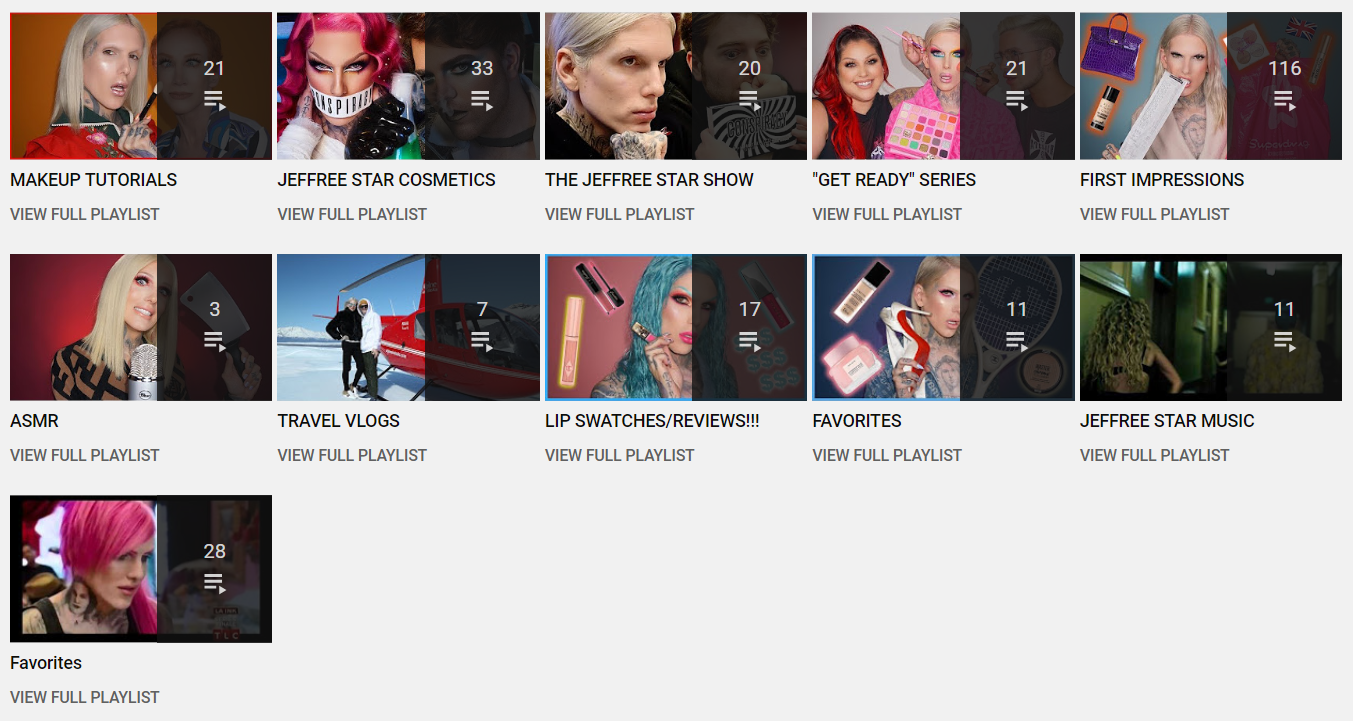 Jeffree and Shane became good friends when Shane filmed a series about “The Secret World of Jeffree Star” in 2018. The two bonded extremely well and during filming, they sparked the idea of creating a Shane Dawson eyeshadow palette.

WHAT HAPPENED + THE HYPE

Shane’s videos have become highly anticipated, especially since his video uploads reduced from weekly, to monthly to sporadic. In 2019, everyone knew that Shane was filming a project all year with Jeffree and waited months for the mystery series to be posted to YouTube.

In September, Shane posted a trailer for the new series “The Beautiful World of Jeffree Star” followed by weekly episodes of the new series following Shane’s journey in the creation of his aptly named “Conspiracy” eyeshadow palette. Jeffree is like a mentor throughout the process; as the owner of the Jeffree Star Cosmetics empire, he’s very seasoned in product development.

This was something the makeup industry hadn’t seen before; viewers were watching the creation of the palette, from the concept to naming, design, “colour story”, trials, tribulations and the palpable emotional roller coaster Shane struggles with at the exciting yet horrific prospect of trying to sell 1 million produced palettes.

Following September’s trailer, the episodes about the palette start being published weekly from 1st October. We see a nervous Shane beginning his makeup journey at the beginning of 2019, trying not to be overwhelmed by the year-long task at hand.

Fans are pulled in and each hour-long episode amasses millions of views. We see Jeffree take Shane under his wing; travelling by private jet, seeing thousands of fans and showing the behind-the-scenes of the makeup industry. 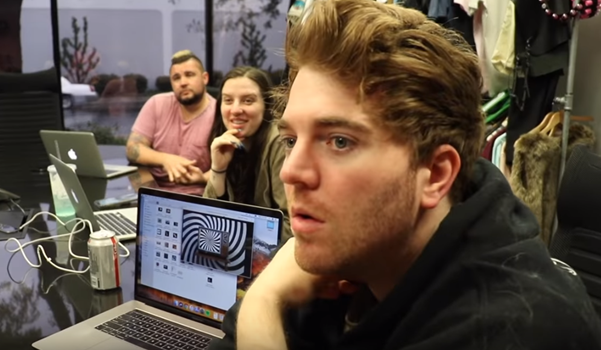 Viewers watch Shane in the next episode go through a lot of decision-making processes: logos, the shadow stamp designs, layout and names.

Viewers are becoming intimately familiar with the Palette, begin to root for Shane and the collection becomes highly anticipated. 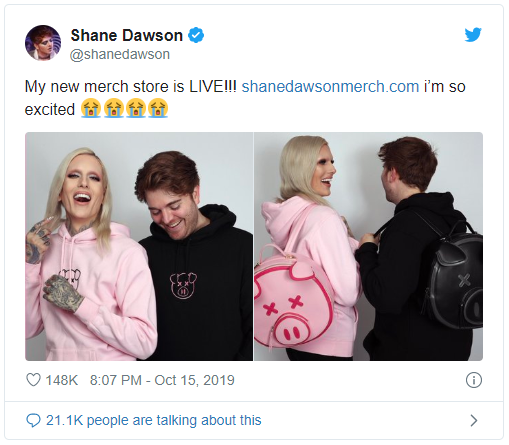 On the 15th March, between episodes, Shane’s new merch unexpectedly store drops. With new designs and management by Killer Merch, the new collection sells out the same day.

Viewers are shown more “behind the scenes” activities including a conference call between Shane, the J* team and Morphe. Shane’s already restless mind and viewers are confronted with scary big numbers; the purchase order sizes, the money at stake and money to make. Shane is terrified about making enough sales and letting everyone down.

Effectively, the ShanexJeffree collection could make Shane a millionaire overnight – if it all sells. The pressure mounts and Shane starts to approve final palette shades but confesses concern over the palette’s “wearability” because of the number of wild colours and tones it down. 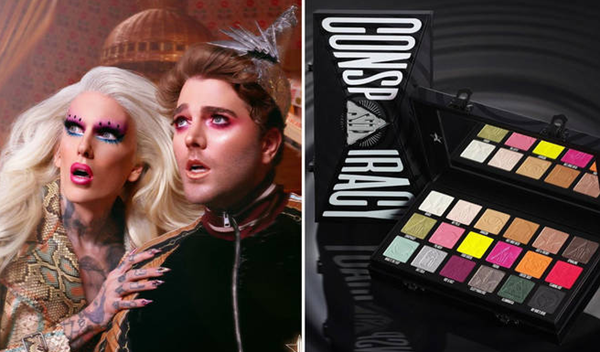 Two episodes are published, revealing the last steps and completion of the highly anticipated ShanexJeffree collection, with focus on the “Conspiracy” palette and “Mini Controversy” mini palette.

The pressure builds as Shane goes through multiple versions of the palette design, trying to find the perfect prototype before deadline day. The final version is revealed in the last episode before launch (3 days before launch day) and the fans are in awe of the trippy theme, packaging design and references to Shane’s brand and YouTube channel e.g. shade names "Diet Root beer" (which Shane drinks in his videos) and "What's The Tea" (the YouTube term for gossip).

Jeffree posts updates to all of his social media channels all day; celebrating and keeping followers informed on the situation with the website.

Shane is reportedly crying in a ball on the floor, screams on a conference call (presumably website-crash stress-related), retweets PR package reactions and the excitement generated by fans.

Shane and Jeffree visit Mall of America November 2nd to celebrate with fans.

Restocks are arranged and Jeffree Star Cosmetics continues to reassure customers that their orders are being processed but with some delay following the sellout.

There is media coverage everywhere and the collection is dubbed one of the biggest beauty e-commerce launches ever.

The palette earned a reported $30 Million.

What do you think of the ShanexJeffree series? An elaborate campaign to sell a makeup palette? A treat for fans or a bit of both? It will be interesting to see if other brands or influencers follow suit by taking us behind the scenes, promoting products with a video series or creating more content about the production process.

How To Choose The Right CMS For Your Online Store

Sign up to receive news updates about all Shipster products!